Six seventh graders from Sutter Middle School competed in the Destination Imagination Global Finals tournament in Kansas City, MO with teams from all over different states and countries May 22 to 25. 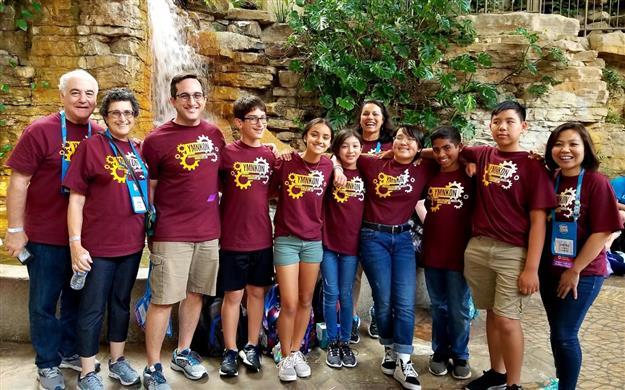 The Sutter Middle students worked hard over the course of the 4 day tournament, fixing their props, costumes, and rehearsing. The team tied for 34th place in the International Service Learning Challenge, out of 74 middle school teams beating out teams from other countries like Australia, Brazil, Canada, China, Panama, Guatemala, South Korea, and Ukraine.

The students are excited to compete again next school year as 8th graders! The team is grateful for the donations of local businesses, organizations, neighbors, friends and families who donated to make it possible for the team to travel to compete.